There were a total of 6,655 residential sales through the Multiple Listing System (MLS® System) of the Kitchener-Waterloo Association of REALTORS® (KWAR) in 2016. That’s a thousand more units than sold in 2015, amounting to an increase of 18.1 percent and setting a new record for total annual sales.

“2016 was marked by unrelenting demand for homes, in the face of fewer homes being put on the market,” said James Craig, President of the KWAR. There were 8,003 residential listings processed through the KWAR’s MLS® System in 2016, a decrease of 9.7 percent compared to 2015.

“For the past several months we’ve seen the number of months of inventory ranging between a ten-year low of 1 and 2 months,” says Craig. “While this puts sellers in a very strong position, it’s not so easy when those same sellers need to downsize or move-up.”

Craig says that he expects demand for home purchasing in 2017 will continue to be strong. “There is no smoking gun to explain the current market. Mortgage rates remain low, inducing more consumers to get into the market. We have an extremely attractive community, with a growing population and diverse economy bringing in new residents to the region. Home prices remain affordable when compared to the average GTA prices.”  Adding, “The challenge is inventory levels remain low, as homeowners are staying in their homes longer and some who might have otherwise moved up are choosing to avoid the hot market. What I hope to see is more balance returning to the market, because I sure don’t see the appetite for home ownership in Waterloo region letting up anytime soon.”

The KWAR cautions that average sale price information can be useful in establishing long term trends, but should not be used as an indicator that specific properties have increased or decreased in value. The average sale price is calculated based on the total dollar volume of all properties sold. Those requiring specific information on property values should contact a local REALTOR®. With a REALTOR® at your side, you can have all the facts you need to make an informed decision.

Unprecedented year for home sales in Waterloo region2017-02-012020-06-21https://www.mortgagekw.com/wp-content/uploads/2018/01/logo-1.pngMortgage Centre KWhttps://www.mortgagekw.com/wp-content/uploads/2018/01/logo-1.png200px200px
About
mortgagecentrekw
Formed in 1989, The Mortgage Centre was Canada’s first national mortgage broker organization. As your local, licensed mortgage broker, The Mortgage Centre KW is fully-qualified to provide you with a range of unique benefits. 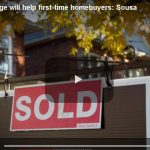 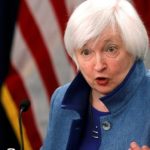