Three ways to pay off your mortgage faster

Things like traffic, work and dirty dishes can seem to go on forever; your mortgage doesn’t have to.

Even if you have signed on for a long mortgage, with payments scheduled to continue until you’re old, there are ways to speed everything up, experts say.

It’s a matter of knowing your options and paying attention to detail. 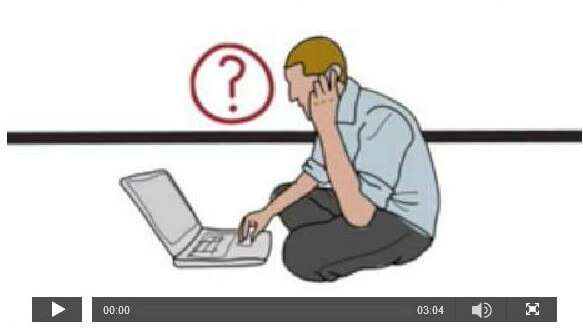 Drawing Conclusions: How much does it cost to break a mortgage? (The Globe and Mail)

“Obviously there’s budgeting, where you cut back on some of your spending,” says April Dunn, a mortgage broker at Red Door Mortgage Group in Kelowna, B.C.

“But that only works if you actually take the funds to pay down the mortgage.” If you can’t bear to give up that triple skinny latte with an extra shot and some foam, “there are other things you can do.”

Some of these are simple.

For example, instead of making payments once a month, you can ask your mortgage holder to accept biweekly payments, dividing the monthly amount in half.

Although it sounds like six of one and half a dozen of the other, it means you will actually be making 26 payments every year, paying down more than you would if you made 12 monthly payments.

The reason is that there are 13 four-week payment periods in a year, as opposed to 12 months, allowing two extra biweekly payments.

It can add up to your advantage. For example, you could cut three years off and save more than $16,000 by making biweekly payments instead of monthly ones on a 25-year mortgage of $300,000 at 3 per cent.

Another really easy and relatively painless way to make faster payments is to round up your regular payment by a small amount, whether it is monthly or biweekly. For example, if you normally pay $575 every two weeks, consider bumping it up to $600.

As with biweekly payments, you probably won’t feel the small additional amount in your regular budget and the savings over years will be substantial. Many people like to round up their payments when they get a raise.

A third way to speed up your mortgage payment is to put in extra money when it comes your way, for example through a tax refund, inheritance or work bonus.

You have to be disciplined to do this, though. “People often say they’re going to do it but then they spend the money on a vacation,” says James Robinson, mortgage broker and owner of Dominion Lending Centres Mortgage Watch in Toronto.

It is often common to have a mortgage that allows you to pay down an additional lump sum up to a fixed percentage of the total mortgage, typically on the anniversary of the mortgage. But beware: Mortgage terms can vary widely depending on the lender and your own financial situation.

Mortgages often have clauses that penalize the borrower heavily – into thousands of dollars – if they pay off the entire mortgage before the full term. This may make little difference for those who win the lottery but it can be a burden for homeowners who downsize and are unaware of the penalties for paying off early.

“You’ll want to keep those terms as open as possible. It’s probably the most important thing you can do to have the ability to pay down faster,” says Thomas Elltoft, a real-estate agent in Niagara-on-the-Lake, Ont.

A common type of set mortgage prepayment lets the borrower pay a certain portion, say 15 per cent of the original amount, on the mortgage anniversary. The borrower can pay the same amount each year, which over time becomes a larger percentage of the amount that is left.

“A lot of people don’t realize that different lenders allow different amounts, or have different ways of letting you implement your prepayment,” Ms. Dunn says.

It is also important to remember that mortgages are made up of two components – principal and interest. The actual payment you make is a blend of the principal and the interest you owe, so the faster you pay down the principal, the less interest accrues over time and the less you will end up paying in total.

Speeding up mortgage payment doesn’t make sense for everyone in every circumstance. In today’s low-interest environment, with rates unlikely to rise drastically for a while, a mortgage is among the lowest-cost debt, compared with the cost of, say, car payments or credit-card debt.

Most importantly, stay informed about your mortgage, Mr. Robinson says.

“For most people, it’s the biggest debt you’ll ever have. Be financially literate.”