Misinformation and misunderstandings abound when it comes to our tax system

A certain amount of folklore has developed over the years around the income tax system and the filing of tax returns. But many of those age-old perceptions are no longer accurate. 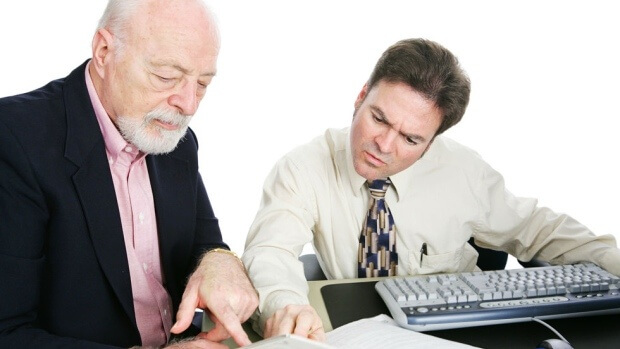 There is no shortage of confusion and misinformation out there when it comes to filing your taxes. When in doubt, talk to a professional accountant or tax adviser. (Lisa F. Young/Shutterstock)

Here are some common myths — and the corresponding facts that could mean extra money in your pocket, or at least could prevent you from running afoul of the Canada Revenue Agency’s rules.

Myth 1: The person whose name or social insurance number is on the tax slip is the person who must report the interest in a joint account.

Not necessarily. Income earned in joint accounts must be reported by the person who earned the money, says tax expert Evelyn Jacks in her book Jacks on Tax.

“Where more than one person contributed capital in their own right, then the income in the account must be allocated based on the capital provided by each contributor,” she says. It’s a way of ensuring couples don’t shift interest income from a higher-earning spouse to a lower-earning spouse.

Myth 2: The CRA completely agrees with the information you submitted in your return if it sends you back a Notice of Assessment that doesn’t dispute what you submitted.

A Notice of Assessment is just the result of a quick assessment that will have fixed mathematical mistakes you may have made. But it doesn’t mean that the CRA has examined and OK’d everything you’ve submitted.

“The fact that a particular claim is allowed at this point does not mean that the CRA … is ‘letting’ you claim it,” notes KPMG in its annual tax-planning guide. “It merely means that the CRA has not addressed the issue in any detail.”

The tax agency generally has three years after the Notice of Assessment is sent to review your file.

Myth 3: Gifts from your employer are never taxable.

Modest gifts from the boss do escape the tax collector’s attention — but only within strict limits. Non-cash gifts worth a total of less than $500 a year aren’t taxable if they’re given to mark birthdays, holidays or similar special occasions.

Your boss can also give an employee up to $500 in a non-cash gift once every five years to mark long service or an employment anniversary, with no tax consequences to the employee. The boss can also provide a tax-free party or social event worth up to $100 per employee.

Myth 4: I should have refused that pay raise because it will bump me into a higher tax bracket.

Canadians face four federal tax brackets and up to six brackets provincially. But “bumping into the next bracket” just means that one’s excess income in the higher bracket will be taxed at the higher rate. The higher rate does not apply to all of the person’s income.

“All of the money you earned below the new tax bracket remains taxed at the lower rates,” points out Edmonton-based financial educator Jim Yih in his Retire Happy blog.

“The bottom line is you should never, ever, ever turn down money. Enjoy every pay increase you receive without tax worries, and remember that those higher paycheques mean more money in your pocket.”

Myth 5: The U.S. does not impose withholding taxes on U.S. investments if they’re held in registered Canadian accounts.

The U.S. does not recognize the registered status of TFSAs so any dividends paid by U.S. stocks will face a withholding tax of up to 30 per cent. Retirement accounts like RRSPs and RRIFs are exempt from U.S. withholding taxes under a tax treaty.

Not true. All EI benefits, including maternity benefits, are taxable.

“In most cases, Service Canada withholds less than the lowest tax rate so you may have tax obligations at the end of the year,” says Cleo Hamel, a senior tax analyst with H&R Block.

Myth 7: If you file your taxes online, your odds of being audited increase.

Since it’s not possible to file paper receipts or tax slips online, the Canada Revenue Agency does sometimes ask people who file online to send in supporting documents. But the CRA says this is just “routine verification” and not an audit.

“When the CRA flags a file for audit, the criteria are broad, complex and not based on filing method,” the agency says.

The tax department has always encouraged reliable tips about Canadians who might not be paying what they should. But it has never rewarded tipsters whose information led to recovered taxes — until recently. In 2014, the CRA announced it would start to pay people whose tips pan out: cash rewards of five to 15 per cent of the extra tax collected. For now, the new snitch line (1-855-345-9042) is aimed at those whose funnelling of money offshore results in unpaid tax revenue of at least $100,000.

Myth 9: You can’t take advantage of the RRSP Home Buyers’ Plan unless you have never owned a home before.

Ottawa requires users of the Home Buyers’ Plan to be “first-time buyers.” But it defines this as people (and their spouses) who have not owned a principal residence in the five calendar years, up to and including the current year. For those who owned a home more than five years ago, they can still withdraw up to $25,000 tax-free from their RRSPs ($50,000 for a couple) to help them buy a home.

Myth 10: Everyone hates doing their taxes.

Not true, if the pollsters are correct. A 2013 survey commissioned by Thomson Reuters and the maker of a tax software program asked 1,009 Canadians if they liked filing their taxes. A significant minority — 41 per cent — said yes.

It’s worth noting that the survey did not ask if people liked paying their taxes.