With a stronger US economy and Canada’s Employment blowing past expectations, this will most likely lead to Mortgage rates increasing.   Most Banks have already increased their bottom end pricing on mortgages by 10bsp.   If you have a mortgage coming due soon or looking for getting pre-approved on a  mortgage, I would suggest you start locking rates in now to protect you from any further increases.

Please contact one of our Kitchener Waterloo Mortgage Brokers any time at 519-743-4365 or send us an email. 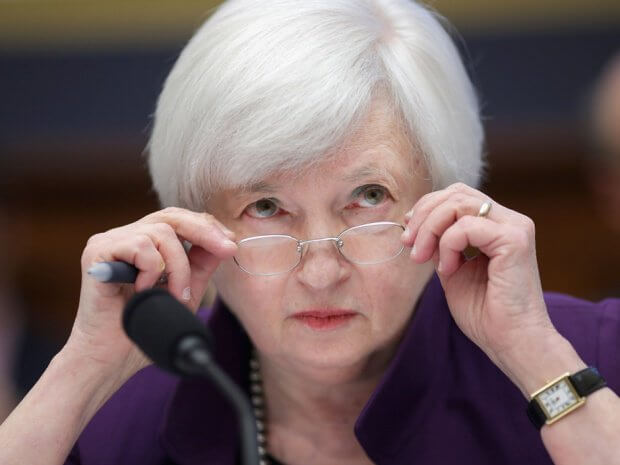 Janet Yellen and the U.S. Federal Reserve decide on rates next month.

U.S. employment snapped back with a vengeance in October, wage growth accelerated and the jobless rate fell to 5 per cent, boosting the odds that Federal Reserve policy makers will raise borrowing costs next month.

The 271,000 gain in payrolls was the biggest this year and exceeded all estimates in a Bloomberg survey of economists, a Labor Department report showed Friday. The median forecast called for a 185,000 advance. Average hourly earnings climbed from a year earlier by the most since July 2009.

Treasuries tumbled, the dollar strengthened and U.S. futures fell as the report allayed concerns of a hiring slowdown after weaker payrolls advances in the prior two months. Such improvement will probably means a green light for Fed officials, who last month held out the possibility of a December rate increase.

Traders saw a 72 per cent probability that the Fed would raise its benchmark rate next month, according to futures data compiled by Bloomberg, up from 56 per cent before the jobs report’s release.

The calculation assumes the effective fed funds rate averages 0.375 per cent after the first increase.

“It’s a solid labor market,” said Michael Feroli, chief U.S. economist at JPMorgan Chase & Co. in New York. “The report is pretty good across the board. December is now a very high likelihood for the Fed to hike rates.”

The report also showed diminishing labor-market slack. The number of Americans working part-time because of a weak economy fell to 5.7 million in October, the lowest since June 2008.

Payroll estimates of 75 economists in the Bloomberg survey ranged from gains of 75,000 to 250,000 after a previously reported 142,000 September advance. Revisions to prior reports added a total of 12,000 jobs to payrolls in the previous two months. Still, employment only averaged 145,000 in August and September.

Odds of Fed hike in December just jumped to 72% after massive U.S. jobs report2015-11-062020-06-19https://www.mortgagekw.com/wp-content/uploads/2018/01/logo-1.pngMortgage Centre KWhttps://www.mortgagekw.com/wp-content/uploads/2018/01/logo-1.png200px200px
About
mortgagecentrekw
Formed in 1989, The Mortgage Centre was Canada’s first national mortgage broker organization. As your local, licensed mortgage broker, The Mortgage Centre KW is fully-qualified to provide you with a range of unique benefits.