The province of Ontario has launched a new set of traffic laws as part of its “Making Ontario Roads Safer Act,” which comes into effect Sept. 1. 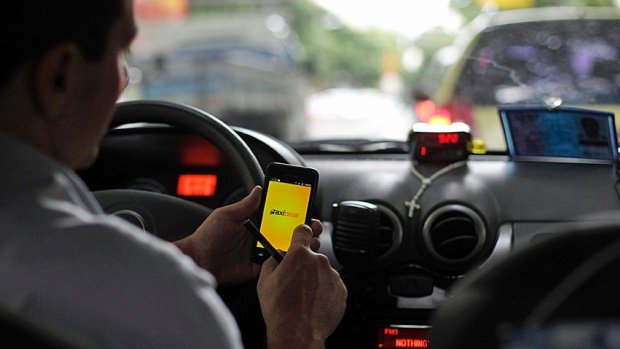 Bill 31 came into effect on Tuesday, two months after being unanimously approved at Queen’s Park. The new legislation means changes to existing traffic laws, and stiffer fines and penalties for those who break them.

The act targets those caught driving while distracted or drug-impaired, entering a crosswalk before a pedestrian has cleared, or passing too closely to a cyclist or tow truck. Three updates were rolled out on Tuesday, while the remaining two are expected next year.

As of Tuesday, drivers caught looking at their phones, texting, sending emails or talking without a headset face an increased set fine of $490, up from the previous fine of $200. Upon conviction, drivers will face three demerit points.

Those with a G1 or G2 licence may have their permit suspended on the spot, for a minimum of 30 days.

“If current collision trends continue, fatalities from distracted driving may exceed those from drinking and driving by 2016,” a statement from the Ministry of Transportation said.

At a news conference Tuesday, Transportation Minister Steven Del Duca said he hopes the new law will raise awareness of the dangers of distracted driving.

“Research also tells us that a driver who uses a cellphone while driving is four times more likely to be involved in a crash,” Del Duca said.

“We all know that drinking and driving has become unacceptable in our society, and we need to make sure that the same thing happens with distracted driving.”

Also starting Tuesday, tow trucks will now be treated like emergency vehicles under the “move over” law. Drivers must now slow down and move over for tow truck drivers with flashing lights, as they do for ambulances, police cruisers and fire trucks. Drivers who do not follow the rule will face a fine of $490.

Drivers will also need to keep a sharp eye on cyclists, with new rules requiring them to leave a one-metre distance when passing cyclists, if possible. Those who fail to leave enough room may face a $110 fine and two demerit points.

Anyone who “doors” a cyclist, or opens a car door and strikes a passing cyclist, will face a set fine of $365 and three demerit points.

Cyclists who don’t use the required bicycle lights and reflectors now face a set fine of $110. Bikes must have a white front light and a red rear light or reflector if a cyclist wants to ride between half an hour before sunset and half an hour before sunrise. White reflective tape should be on the front forks, and red reflective tape should be on the rear.

Starting Jan. 1, anyone who drives through a school crossing or pedestrian crossover before a pedestrian has reached the other side of the road will face a fine between $150 and $500. Under the new law, the entire road will have to be yielded. Current law only requires drivers to yield half of the road to the pedestrian.

New Ontario Traffic Laws2015-09-012020-06-19https://www.mortgagekw.com/wp-content/uploads/2018/01/logo-1.pngMortgage Centre KWhttps://www.mortgagekw.com/wp-content/uploads/2018/01/logo-1.png200px200px
About
mortgagecentrekw
Formed in 1989, The Mortgage Centre was Canada’s first national mortgage broker organization. As your local, licensed mortgage broker, The Mortgage Centre KW is fully-qualified to provide you with a range of unique benefits.