Mortgage rates may finally be bottoming out in Canada, new report says

The average price of a home across the country continued to climb in 2016 but any savings Canadians are getting from mortgage rates are getting smaller, according to a new survey. 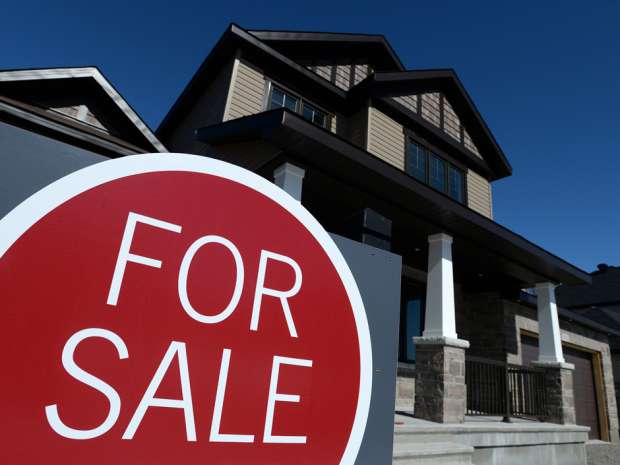 Among borrowers who renewed this year, 64 per cent have seen a drop in their interest rate but the average decline is about 40 basis points. Broken down, among about 950,000 borrowers who will have renewed or refinanced mortgages during 2016, 625,000 to 800,000 will have reductions in their interest rates, 100,000 will have no change, and about 225,000 to 250,000 will see an increases — most of those increases less than a percentage point.

“Mortgage rate discounting remains widespread in Canada,” the group said in its release. “So far this year, the average actual rate for a five-year fixed-rate mortgages was 2.72 per cent, 1.94 percentage points lower than posted rates for the term which has averaged 4.66 per cent.”

“It is too soon to measure the impacts of this policy change,” said Will Dunning, chief economist of Mortgage Professionals Canada and author of the report. “The survey finds that among potential homebuyers who expect to be subject to that test, their ability to buy a home will be impaired. As a result, they also expect that there will be negative impacts in the overall housing market and in the broader economy.”

Among the 18-34 year-old segment of the population, 50 per cent do not own a home and 43 per cent said they can’t afford the down payment which is a minimum of five per cent for government-backed mortgages for the first $500,000 of a home price and 10 per cent on the portion between $500,000 and $1 million. The head of Canada and Mortgage and Housing Corp. mused last month, during a speech in London, England, about increasing the size of down payments.

The second reason why young people are not buying was lack of financial stability with 29 per cent citing it as a factor. Another 26 per cent are waiting for prices to decrease.

The survey was conducted by Bond Brand Loyalty from October 21 to November 3 with a sample size of 2,000 Canadians.

Mortgage rates may finally be bottoming out in Canada, new report says2016-12-122020-06-19https://www.mortgagekw.com/wp-content/uploads/2018/01/logo-1.pngMortgage Centre KWhttps://www.mortgagekw.com/wp-content/uploads/2018/01/logo-1.png200px200px
About
mortgagecentrekw
Formed in 1989, The Mortgage Centre was Canada’s first national mortgage broker organization. As your local, licensed mortgage broker, The Mortgage Centre KW is fully-qualified to provide you with a range of unique benefits.