Millennials not giving up on the detached-home dream, despite soaring record-high prices

Home Prices in Kitchener, Waterloo, Cambridge and surrounding Waterloo Region are still relatively low compared to Toronto.   Toronto home prices are quickly becoming out of reach for most purchasers, however this is causing purchasers to look beyond the GTA which will bring more First Time Buyers and move up buyers into the Waterloo Region.

I  have seen a small semi in the GTA sell for over $850,000  compared to a similar property in KW for $300,000.  When you factor in a $550,000 price difference, distance may become much lower on the wish list for many potential purchasers.  With low mortgage rates expected to be here for a while, the housing market will continue to be strong in the Waterloo Region. 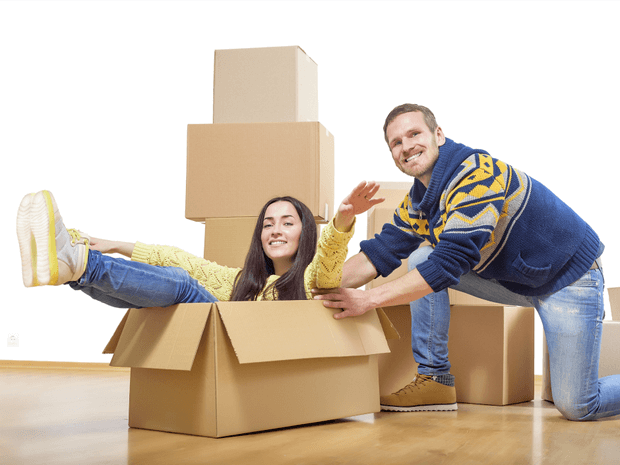 There are options for that detached home for millennials, but they ultimately mean sacrificing something along the way.

Millennial are not giving up on the dream of owning a detached home, despite national prices soaring to record levels, buoyed by average prices that routinely reach seven figures in hot markets.

Even in the face of what the Toronto Real Estate Board says is a “troubling trend” in its market, Generation Y will not be deterred from their dream home, with 51 per cent of the cohort planning to purchase a detached home in the next two years, according to a survey by the Ontario Real Estate Association.

But planning and purchasing must be two different things, because the barriers to entry to the detached home market in Ontario have never been greater, at least in the city of Toronto where the average detached home sold for just over $1.2 million in July, according to the Toronto Real Estate Board.

Even accounting for the larger geographic region of the Greater Toronto Area — meaning,  a trip to suburbia — the average existing detached home sold for an average of $952,983 in July, according to the TREB numbers, released Thursday.

The real estate industry says provincial regulations encouraging density and choking off developable land has created the imbalance between supply and demand in the low-rise market, including detached homes.

“Housing policy is now top of mind for all levels of government. Policy makers need to be focusing on solutions to the sustained lack of low-rise inventory throughout the GTA,” said Larry Cerqua, president of TREB, in a statement. He refused a request for an interview.

Given the state of the market, what exactly makes this generation — defined in the OREA study as the group born between 1981 and 1992 — think they will actually be able to afford anything but a condo, let alone a detached home?

“I think what we are seeing in the research, there are a few factors. It’s obviously stage of life, as needs change, your requirement for a home changes,” said Fahed Malik, the director of marketing communications at OREA. “There is a need for a larger home and a detached home can give you that practicality.”

“The desire to have the dog, the garage and 2.4 kids is strong no matter what generation you are talking about”

Why wouldn’t they think real estate always pays off — property prices have had only one real dip in the GTA over the past 20 years, which is most of their adult lifetime. Even the Great Recession barely impacted prices between 2008-2009.

Ontario millennials are hardly alone in their  desire for a large, detached home. The demand is just as strong in British Columbia, which has seen the benchmark price for detached homes climb to almost $1.6 million in its largest city.

The provincial government in Victoria won’t let the dream die easily, and last month announced a 15 per cent tax on foreign purchasers in Vancouver in an effort to control prices in a market where the supply of detached housing is finite. Prices are destined to go higher in a market where supply is outstripped by demand, even if you do more to limit that demand.

There are options for that detached home, but they ultimately mean sacrificing something along the way. Elton Ash, regional executive of Re/Max of Western Canada, says that means a resurgence of interest in suburbia.

“The desire to have the dog, the garage and 2.4 kids is strong no matter what generation you are talking about,” he said, pointing out that detached home affordability question is not a pan Canadian issue. “I just did a road trip in Manitoba and visited a community 35 kilometres north of Winnipeg and the lot cost was $45,000. But it’s the same result as you move out of city cores, prices to get cheaper and that’s why bedroom communities are getting more popular.”

Living near the city’s downtown means downsizing your expectations. The OREA study didn’t ask people specifically where they would be willing to live to afford a detached home, but it’s now realistic for a person working in Toronto to live more than 100 kilometres away from her job.

The prices continue to drive that message home. Results from the Real Estate Board of Great Vancouver for July do show detached homes are pretty much unattainable for local residents, but the average attached home, which could include a rowhouse or townhouse, sold for $669,000 last month. That’s clearly more attainable goal.

Doug Norris, a demographer with Environics Analytics, said baby boomers are not retiring anytime soon, so the supply of ground level housing is likely not picking up. “They’re not moving until (age) 75 or so,” he said.

He says demographics drive demand for single family homes, but the reality of the economics is that means some level of compromise.

That same study from OREA found the second choice of generation Y buyers, after detached homes, was condo apartments at 28 per cent, followed by semi-detached at 18 per cent and row houses at 13 per cent.

Detached homes may be the first choice of that generation, but the reality of the marketplace means the percentages of those other options are going to rise — at least in Toronto and Vancouver.

Millennials not giving up on the detached-home dream, despite soaring record-high prices2016-08-112020-06-19https://www.mortgagekw.com/wp-content/uploads/2018/01/logo-1.pngMortgage Centre KWhttps://www.mortgagekw.com/wp-content/uploads/2018/01/logo-1.png200px200px
About
mortgagecentrekw
Formed in 1989, The Mortgage Centre was Canada’s first national mortgage broker organization. As your local, licensed mortgage broker, The Mortgage Centre KW is fully-qualified to provide you with a range of unique benefits.