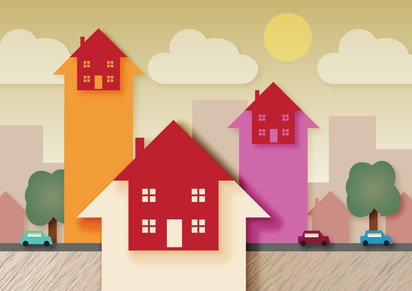 It might be hard to tell, depending on which headlines you read, but optimism still appears to be reigning in Canada’s housing sector.

CMHC reports housing starts jumped 10% in May over April, for an annualized rate of about 202,000 units, driven largely by urban, multi-unit construction in Ontario, Quebec and Atlantic Canada.

The value of building permits issued in April was also up, climbing nearly 12% from the previous month. That was fuelled by a 30% increase in non-residential permits, though.

Even the Bank of Canada is tempering its warnings about “imbalances” in the household debt to income ratio. The last reading of the national average slipped slightly to 163.3%, down 3-tenths.

The Bank continues to point to the high ratio as the biggest domestic threat to Canada’s economy, if there is a sudden jump in interest rates. But it says the drivers of that threat are largely external – the slowdown in China, growth in the U.S., the situation in Europe – and the downside risk is only moderate.

Market Commentary from First National .. Optimism still appears to be Reigning in Canada’s housing sector2015-06-162020-06-19https://www.mortgagekw.com/wp-content/uploads/2018/01/logo-1.pngMortgage Centre KWhttps://www.mortgagekw.com/wp-content/uploads/2018/01/logo-1.png200px200px
About
mortgagecentrekw
Formed in 1989, The Mortgage Centre was Canada’s first national mortgage broker organization. As your local, licensed mortgage broker, The Mortgage Centre KW is fully-qualified to provide you with a range of unique benefits.