How to cut your U.S. dollar exchange costs: Mayers

I have not tried this service myself, but looks like a way to save some money for a trip to the US.  Let me know if you decide to use this service, I would be interested to see how it turns out.  You can email me at rkitts@mortgagecentrekw.com.

You can’t change the Loonie’s trajectory, but you can find cheaper places to buy foreign currency than your bank.

Sometimes when I do online banking, a message pops up reminding me that my bank has the largest network of ATMs in Canada that dispense U.S. dollars. 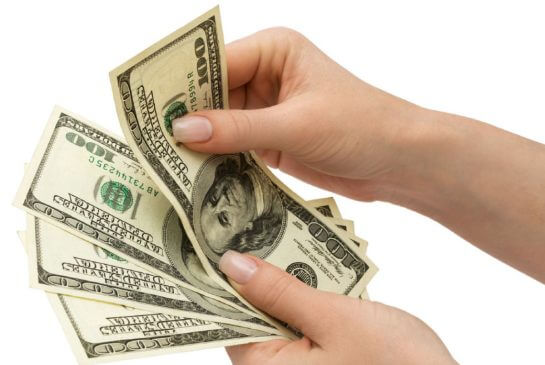 More than three million Canadians travel to Florida each winter and the falling dollar has has added moe than 30 cents on the dollar to the currency conversion.

That’s meant to be reassuring. But with the current rates of exchange, it’s like your dentist opening an office closer to your home, but saying he still isn’t using anesthetic to pull teeth. Convenient, but painful.

At this time of year, many Canadians are paying more attention to currency swings. Some are financing kids at American universities, where the cost is now a third higher than it was two years ago on the exchange rate alone.

More than three million Canadians travel to Florida each winter and many in Ontario bought vacation homes with the dollars at par and U.S. real estate in the dumps.

You can’t change the loonie’s trajectory, but you can find cheaper places than your bank to buy foreign currency.

Readers frequently ask why the exchange rate quoted in the Business section is not the rate they pay. Part two of the question is, where can they get a better deal?

The answer to the first question, says Rahim Madhavji, president of Toronto’s Knightsbridge Foreign Exchange, is that the quote you see in the Star is the mid-market rate, not the consumer rate. The mid-market rate is the one banks use to buy and sell currency among themselves for sums in the millions.

The rate we pay, Madhavji says, is between 2½ to 3 per cent higher because at the retail level, the banks tack on a fee. While your restaurant bill comes with food, liquor and tax recorded separately, your currency conversion comes with just a total.

Geoff Dillon, CIBC’s public affairs vice-president, explains that the rate his bank charges includes “the costs of buying foreign currencies and making them available through branches and ATMs, so clients can have access to U.S. dollars where and when they need them.” Hence the markup.

Since most Canadians have accounts at a Big Five bank, that’s where they go first. It’s convenient, says Madhavji, a one-time investment banker at RBC. He quit his job there in 2009 to co-found Knightsbridge, which wants to muscle in on the bank business. Its goal is to offer better-than-bank rates to businesses and individuals who need more than $5,000 (U.S.). The firm employs 20 people and buys and sells about $500 million a year for clients, Madhavji says.

In many ways, its service is similar to the Canadian Snowbirds Association, which also provides a currency exchange program at better rates than the banks. Both involve online transfers into your account.

The Knightsbridge fee structure is simpler; the only charge is a half-percentage-point commission, which is 2 percentage points less than the banks on average, Madhavji says. The transfers to and from your account are fee free.

The Snowbirds charge a fee for each monthly transaction, whether you are an association member or not, although the fee is substantially higher for non-members. They also charge a fee to enroll in the program.

Both can offer better rates than the banks because they buy in bulk, too.

On a $10,000 conversion with Knightsbridge, the difference between that and the bank is $351.

“It’s your money, you worked for it,” Madhavji says. “Why give it to your bank?”

Both Knightsbridge and the Snowbirds involve setting up an account. With Knightsbridge, you get a written quote for each request, which you must confirm before the transaction is made. You send the funds to them via a Bank of Montreal trust account.

Both offer monthly buying programs, but while the Snowbird trades are done once a month, according to its Web site, Knightsbridge will buy on any day you choose. It can set up alerts that notify you when the dollar rises to a certain levels.

Madhavji says we can expect more pain in the short term, with the dollar drifting a little lower through the winter. That’s because the U.S. may raise interest rates, which would widen the gap between our dollar and their. “But by the middle of next year, we should see some recovery and see 80 cents by the end of the year,” he says.

There’s not a lot you can do about that, but you can cut the fees. Services such as Knightsbridge probably aren’t worth it for a day trip to Buffalo, but the longer your stay south and the more often you go, the more attractive they become.

By: Adam Mayers Personal Finance Editor,
Published on Mon Sep 14 2015
View article here>>
How to cut your U.S. dollar exchange costs: Mayers2016-03-142020-06-19https://www.mortgagekw.com/wp-content/uploads/2018/01/logo-1.pngMortgage Centre KWhttps://www.mortgagekw.com/wp-content/uploads/2018/01/logo-1.png200px200px
About
mortgagecentrekw
Formed in 1989, The Mortgage Centre was Canada’s first national mortgage broker organization. As your local, licensed mortgage broker, The Mortgage Centre KW is fully-qualified to provide you with a range of unique benefits.