TORONTO • It’s a tax realtors have never stopped fighting in Toronto since it was introduced seven years ago, and now their worst fears may  be coming true: The land transfer tax is spreading across Ontario. 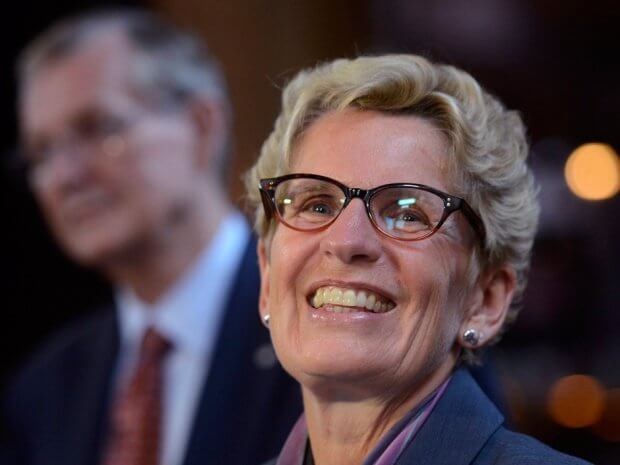 Ontario realtors say Kathleen Wynne and the Liberal government are breaking an election promise by giving every municipality province-wide the power to charge a Municipal Land Transfer Tax.

The Ontario Real Estate Association (OREA) insisted Tuesday the governing Liberal party is going ahead with plans that will allow municipalities to follow Toronto’s lead and implement their own land transfer tax. Ontario government officials deny anything has been decided. The plans were revealed by the Toronto Sun Tuesday.

“We’ve certainly hoped it was not going to happen,” said Patricia Verge, president of OREA, about the tax rules being implemented province-wide. “But we’ve heard from the minister’s office that it is absolutely going to allow municipalities to add this to the bill.”

In the red-hot Greater Toronto Area market, a new tax threatens to tilt the map against suburbs that have been booming — in small part due to an economic advantage they have over the city because of the levy. Buyers in Toronto purchasing a $1 million home get slapped with a $32,200 tax to transfer property, $15,725 of which is the city of Toronto’s portion.

“I see people say I’m avoiding the double taxation by moving to York Region,” said Barry Cohen, a specialist in high-end real estate with Re/Max Realtron, referring to an area north of Toronto proper. He said there has been a spike in sales of homes worth $2 million or more in York Region — 90 properties sold in that price range over the first six months of the year versus 30 for the same period a year earlier.

Cohen said cash-strapped consumers who have been looking for better deals outside of the city may be chased away by the tax change. “No tax has been the icing on the cake (when buying outside Toronto),” he said. “But it will create a surge of buying before they implement the tax.”

Realtors have little doubt that once the province allows the tax to proceed, municipalities will take advantage of it. “It’ just a matter of time before they levy the tax,” Matthew Thornton, director of government relations with OREA, who think cities across the province will just follow one another. “They’ll fall like dominoes.”

OREA predicts that if the Liberal plan comes to fruition, Ontario home buyers will pay the highest land transfer tax in North America. There are other Canadian municipal jurisdictions with similar taxing powers — Montreal has what is sarcastically called a “welcome tax” that is much higher than the rest of the province.

There are also some provinces, such as Alberta, that don’t even bother with a provincial land transfer tax, according to the C.D. Howe Institute.

“In 2014 at the (association of municipalities of Ontario) conference, I was asked whether I would consider looking at municipal revenue tools as part of the Municipal Act review. I gave the shortest answer possible, yes. We are currently reviewing the Municipal Act. No decisions have been made,” Ted McMeekin, the minister of municipal affairs and housing, said in an emailed statement.

As part of the review of the Municipal Act, comments will be accepted until Oct. 31

The City of Toronto put its tax in place two years after the Ontario government extended it the powers to do so. OREA said over five years 38,227 Toronto housing transactions were not completed because of the tax.

Benjamin Dachis, a senior policy analyst with C.D. Howe, said if the plan goes through it will lower real estate sales across Ontario. He said Toronto sales were 16 per cent lower than they would have been otherwise following the new tax.

“We also saw lower prices equal to if not greater than the amount of the tax,” said Dachis, who expects the same impact elsewhere across the province. “People know it’s not just this transaction subject to land transfer taxes, it’s the one after that and the one after that.”

While Toronto’s booming housing market might need a bit of a cooling, the same can’t be said for all of Ontario. “Land transfer is not a major factor but it can make a difference at the margin between yes or no (to buying),” said Benjamin Tal, deputy chief economist with the Canadian Imperial Bank of Commerce. “Most of Ontario’s real estate market is not booming.”

Get ready: Realtors say Liberals to extend land transfer tax powers across Ontario2015-10-282020-06-19https://www.mortgagekw.com/wp-content/uploads/2018/01/logo-1.pngMortgage Centre KWhttps://www.mortgagekw.com/wp-content/uploads/2018/01/logo-1.png200px200px
About
mortgagecentrekw
Formed in 1989, The Mortgage Centre was Canada’s first national mortgage broker organization. As your local, licensed mortgage broker, The Mortgage Centre KW is fully-qualified to provide you with a range of unique benefits.