Canada’s financial consumer agency is investigating complaints that banks are signing up customers for credit cards without their express consent.

The Financial Consumer Agency of Canada did not name the banks involved in complaints.

The federal agency did not name the bank or banks involved in a statement Friday, nor did it say how many complaints it has received or is investigating.

Lucie Tedesco, Commissioner of the Financial Consumer Agency of Canada, urged anyone who has received a credit card for which they did not apply, or “experienced misleading credit card sales practices,” to lodge an official complaint with the bank and with the FCAC.

“Banks must obtain your express consent before issuing a credit card to you,” she said.

Financial services institutions must meet this consumer protection obligation — and others such as providing potential credit card customers with information that is simple, clear, and not misleading — even if they engage third parties to solicit credit card applications, the FCAC statement said.

“If a person provides consent orally, the bank must provide the person with confirmation of their consent without delay,” the agency said in the statement, which urged Canadians to be aware of their own rights and responsibilities if approached by a salesperson soliciting credit card applications.

The consumer agency would not reveal whether the complaints it has received are against a large Canadian bank or banks, foreign banks that issue credit cards in Canada, or smaller financial institutions.

“FCAC does not comment on any ongoing investigations, including the identity of banks subject to an investigation,” Lynne Santerre, a media relations officer at the federal agency said in an email.

Asked whether the agency has concerns about compensation or incentives linked to signing up credit card customers, Santerre said the FCAC focuses on consumer protection obligations and “will not comment on the business practices of any financial institution.”

“(They) want to ensure that customers only get products and services that they have consented to receive,” Maura Drew-Lytle said, adding that the banks as a group have a strong track record of following both the letter and the spirit of the law in dealing with customers.

“In the rare instance where issues are identified, banks act quickly to resolve them,” Drew-Lytle said.

She noted that the industry association doesn’t get involved with how banks market credit cards or agreements with third-party contractors, and said “each bank would have its own approach and contracts with third party suppliers.”

Federal watchdog is investigating complaints banks are signing customers up for credit cards without proper consent2017-02-062020-06-21https://www.mortgagekw.com/wp-content/uploads/2018/01/logo-1.pngMortgage Centre KWhttps://www.mortgagekw.com/wp-content/uploads/2018/01/logo-1.png200px200px
About
mortgagecentrekw
Formed in 1989, The Mortgage Centre was Canada’s first national mortgage broker organization. As your local, licensed mortgage broker, The Mortgage Centre KW is fully-qualified to provide you with a range of unique benefits. 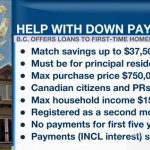 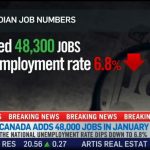