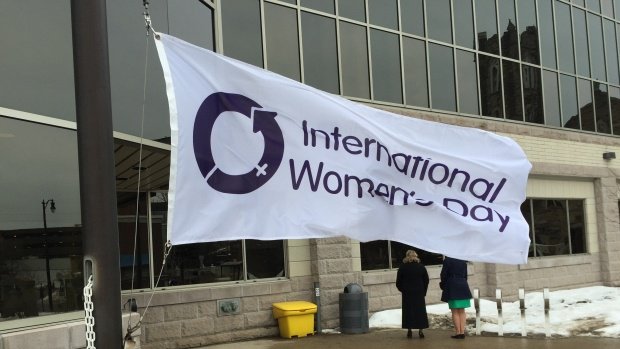 Tuesday is International Women’s Day and there are a number of events in the region to celebrate and mark the event.

A resource and activism fair has been organized by the Collective for Feminist Action and Research. It will run until 1 p.m. and will feature Laurier’s Diversity and Equity Office, the Women’s Centre, Foot Patrol, Women’s Faculty Colleague and more.

Catherine Stewart, an associate professor in human rights and human diversity and criminology, will give a lecture on the history of International Women’s Day and a discussion of sexual violence. Runs until noon.

The documentary I Am A Girl will be aired in room 1200 of the Albert A. Thornbrough Building. The film follows the lives of six females aged 17-19 from Cameroon, Cambodia, Australia, Papua New Guinea, the United States and Afghanistan.

A Diva Karaoke Night hosted by the Glow Centre for Sexual and Gender Diversity, which is celebrating its 45th anniversary this week, will be held at the engineering student-run lounge. The event runs until midnight.

Four local writers – Catherine Astolfo, Melodie Campbell, Alison Bruce and Joan O’Callaghan – will be part of a panel discussion on crime and mystery writing. The event is free.

Don’t have time to celebrate today? There are other events coming up.

Thursday – Zonta Guelph is hosting a breakfast from 7 a.m. to 9 a.m. at the Italian Canadian Club in Guelph. The event will feature acclaimed storyteller, Sya Van Geest, and keynote speaker Sharmila Setaram, president of the board of directors at Amnesty International. Ticket needed. Visit the Zonta Guelph website for ticket details.

Friday – The Queen of Craft beer series continues with the second session. Hosted by Wellington Brewery, the discussion is being held at Opus Lounge will look at the diversity of each strain and myriad of flavours yeast can impart into beer. Join yeast specialists Anita Caven (microbial enthusiast), Siobhan McPherson (lead brewer at Burdock Brewery in Toronto) and Christina Coady (brewer at Folly Brewing in Toronto). Tickets needed.

March 20 – She Speaks: Women’s Work, Women’s Words is a selection of plays by and about women from all over the world. The afternoon of readings will take place at the Queen’s Square of the Idea Exchange in Cambridge. Starts at 2 p.m. with a discussion to follow.