Cash-back mortgages: A deal from your bank that regulators are not keen on

I Thought I would post a relevant article from 2014 that deals with some of the Cash Back programs.  I have noticed some advertising that some Banks Are posting in the Kitchener Waterloo area.

My understanding is that CIBC cash Back Program may not prorate the cash Back Penalty.  The full amount of the cash back has to be paid back, regardless of where you are in the mortgage, plus the penalty.

The bottom line, is the Bank’s Employees are working for the Bank not you!  If you have been offered a deal that looks too good to be true, then you need an unbiased opinion on the mortgage being offered.  There are too many stories about unexplained penalties or Collateral Charges that end up costing the consumer thousands of dollars more then what they were led to believe.

We offer free unbiased advise on any existing or a new mortgage being offered.  At the very least we will confirm it is a good deal, but more than likely, you will be enlightened by what you didn’t know!!!

Please call one of our Mortgage Freedom Fighters anytime.  “WE WORK FOR YOU, NOT THE BANK” 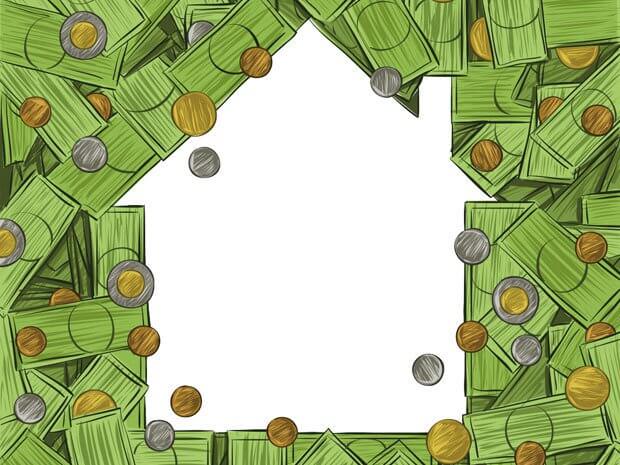 Be careful before you break that mortgage

You want some of these record low rates on the market but you’re locked into a mortgage. Just break it, right?

Not so fast, there’s a key question you need to ask before you commit to break a mortgage: how much will it cost you? Actually, it’s a question you should be asking before you sign up in the first place.

It’s the last refuge of those who don’t have money, but still want to own a home.

The banks have long used the offer of giving cash back as a lure to attract customers, many of whom can’t come up with the minimum 5% down payment demanded by government-backed mortgage insurance rules.

Whenever I withdraw money from my bank’s cash machine I  get this offer of instant money, if I take out a mortgage. “Cash Back Mortgage: you can get the cash you need to help pay your land transfer tax, lawyer’s fees, moving costs, closing costs and other expenses,” one bank website brags.

The deal is simple. The bank gives you cash up front to use however you want, except as the down payment.

The price of the upfront cash is a much higher interest rate — usually the posted rate, which may be almost two percentage points higher than you might get negotiating.

You are paying almost $40,000 in interest — the difference between the posted and discount rate — to get $20,000 today. Even when you consider the money is in present-value dollars, it’s pretty clear why this type of offer is not a great deal for the consumer and is being discouraged.

You’re not supposed to use it for a down payment, but it finds its way there anyway, according to many people in the industry.

This past week the Office of the Superintendent of Financial Institutions reiterated it doesn’t like the practice at all, recommending mortgage default insurers not underwrite loans that use cash back for a down payment.

“Incentive and rebate payments (ie. cash back) should not be considered part of the down payment,” said the regulator. In cases in which people don’t use their own equity and opt for non-traditional sources as a down payment, the regulator seems to want federally regulated mortgage insurers to consider that risky and charge a larger premium.

Led by Canada Mortgage and Housing Corp., the Crown corporation that has the largest position in the market, all mortgage default insurers will be raising their premiums come May 1.

It’s not mentioned very often, that even though you supposedly need to have 5% down, you are allowed to add the cost of mortgage insurance premium to your loan. Premiums are as high as 3.15% for a mortgage with 5% down, but not to worry, you can still add that to your loan which will take you to 98.15% of the value of your home.

Lenders have been giving cash back, it’s kind of a loophole to the 100% financing rule prohibition

“I think you want to have some savings mechanism in place to make sure you have some sort of down payment,” says Calum Ross, a Toronto-based mortgage broker, who is not a supporter of cash-back mortgages. “I think it’s a fundamental risk to the system if you don’t have any skin in the game.”

The cash-back market is a small percentage of the overall market, but it’s well known that people work around the so-called rule that is supposed to prevent you from using it for the down payment.

Rob McLister, editor of Canadian Mortgage Trends, says there’s not much banks or insurers can do if consumers are coming up with their 5% through other means, such as borrowing from family or putting it on a credit card.

“Lenders have been giving cash back, it’s kind of a loophole to the 100% financing rule prohibition,” Mr. McLister says, referring to a previous rule change that demanded the minimum 5% down. “But you can still get that down payment by borrowing at 18% on your credit card, if you want to.”

He wonders if during the comment period on the OSFI guidelines, there will be suggestions for even more restrictions on sources of borrowed down payments. Mr. McLister says credit unions, which have been allowed to do 100% financings because they are not federally regulated, will no longer be able to provide those loans if they are to be covered by government-backed mortgage insurance.

All this squirming happens over a minimum 5% down payment. Imagine if it went up 10% — something that scares everybody in real estate.

“Nodody wants to see that in the lending industry. It depends what it is — 6% is not a big deal, but 10% will be a major deal,” Mr. McLister says, adding he doesn’t think OSFI is pushing for a larger down payment.

Phil Soper, chief executive of Brookfield Real Estate Services, says people having trouble getting the 5% for a home are generally unsophisticated buyers.

“It makes sense, it’s hard to argue against more transparency in mortgage financing,” says Mr. Soper, about trying to get rid of cash-back programs. “People talk about it being used to cover closing costs or initial furniture or renovations and there are sources of credit for that.”

Benjamin Tal, deputy chief economist with CIBC, says some people will always find a way around rules and the cash-back stipulation from OSFI is no different.

“You can get a loan from a parent and call it a down payment [and then pay it back]. You can never underestimate the creativity of people,” says Mr. Tal.

Consumers should think twice about this offer. The national banking regulator seems to be saying as much.

Cash-back mortgages: A deal from your bank that regulators are not keen on2015-10-282020-06-19https://www.mortgagekw.com/wp-content/uploads/2018/01/logo-1.pngMortgage Centre KWhttps://www.mortgagekw.com/wp-content/uploads/2018/01/logo-1.png200px200px
About
mortgagecentrekw
Formed in 1989, The Mortgage Centre was Canada’s first national mortgage broker organization. As your local, licensed mortgage broker, The Mortgage Centre KW is fully-qualified to provide you with a range of unique benefits.