With a stronger US economy and Canada’s Employment blowing past expectations, this will most likely lead to Mortgage rates increasing.   Most Banks have already increased their bottom end pricing on mortgages by 10bsp.   If you have a mortgage coming due soon or looking for getting pre-approved on a  mortgage, I would suggest you start locking rates in now to protect you from any further increases.

Please contact one of our Kitchener Waterloo Mortgage Brokers any time at 519-743-4365 or send us an email.

18 million Canadians had jobs during the month, StatsCan says 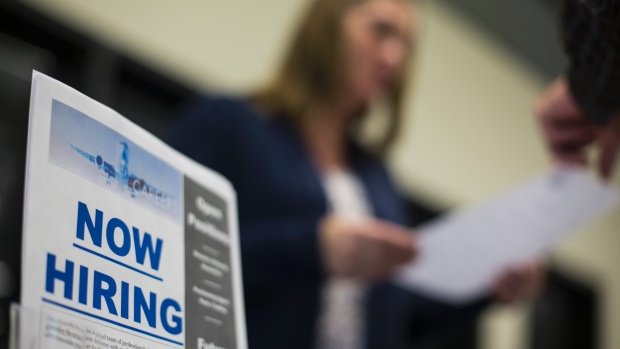 Economists had been expecting Canada to add about 10,000 jobs during the month, but the number ended up being 44,000. (David Ryder/Bloomberg)

Canada’s economy blew past expectations in October, adding 44,000 jobs and driving the unemployment rate down to seven per cent.

Statistics Canada reported Friday that 18 million Canadians were working during the month, the first time that has ever happened.

October`s figure is more than four times the 10,000 new jobs that economists polled by Bloomberg were expecting.

Ontario, British Columbia, New Brunswick and Manitoba saw gains in employment, while Alberta recorded a loss of 11,000 jobs. There are about as many jobs in Alberta today as there were this time last year.

There was little or no change in the other provinces.

By industry, the biggest gains were made in public administration, which added 32,000 jobs. The sector saw gains in every province, and mainly in temporary work.

The jump likely “coincides with activities related to the recent federal election,” the data agency said, noting there would have been jobs across the country for election-related activities during advance polling days and on election day itself, on Oct. 19.

One industry that experienced declines was natural resources, which continued on the downward trend that began a year ago. The numbers fell by 8,000 in October, with total losses in the industry climbing to 26,000 over the past 12 months and most of the declines in Alberta.

“Canada’s labour market continues to hold up better than expected,” TD Bank said in a note to clients. “In October, part of this can be chalked up to temporary election-related hiring, but private sector job growth was still strong.”