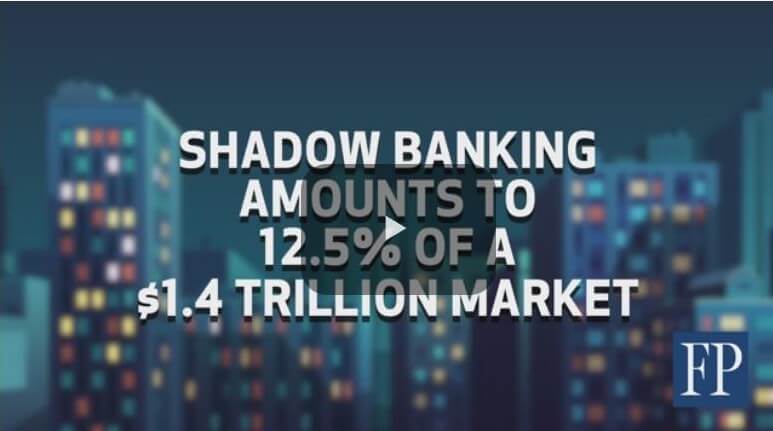 The flash point for the big banks, which hold their regular meetings with the finance department this week, is the risk sharing proposal that would require the industry to shoulder a burden of mortgage defaults.

Risk sharing will most likely involve lenders paying a deductible if a loan sours, similar to what drivers pay in the event of a car crash, according to people familiar with the government plans. Other risk-sharing measures that have been reviewed by the finance department include banks paying a fee to insurers to manage the loss, or taking a portion of the loss, according to a July 2015 briefing note from the department.

The banks argue that Canadian mortgage defaults are so low that making lenders share the risk is unnecessary and not worth the costs. Delinquency rates in the $1.4 trillion mortgage market, or those in arrears for 90 days or more, stand at 0.28 per cent, or five times lower than those in the U.S., according to the Canadian Bankers Association.

The Toronto-based banking group, which represents 59 domestic lenders and foreign bank subsidiaries, highlighted a deductible as its main concern in a statement after reviewing measures announced Oct. 3 by Finance Minister Bill Morneau. Representatives of the country’s biggest banks, including Toronto-Dominion Bank, Bank of Montreal and Canadian Imperial Bank of Commerce, declined to comment. Genworth and Canada Guaranty declined to comment on meetings with the finance department.

Morneau’s move was part of a package of measures designed to stabilize the housing market after years of soaring prices in Vancouver and Toronto. The rules include a more stringent stress test for home buyers, stricter eligibility criteria for insured loans and closing a tax loophole that allowed non-residents to sell their principal homes tax-free.

The bank association says that the industry already does extensive stress testing on their mortgage portfolios to ensure customers can repay loans even if interest rates increase.

All mortgages currently go through a “double-underwriting” process as it is, with both lenders and the insurer underwriting the loans for safety.

The cost of risk sharing would make its way to homebuyers through higher mortgage rates or fees, industry officials said. It will also make it more difficult for non-bank lenders to operate because they don’t have the diversity of earnings to offset the costs. That would reduce competition and make it harder for first-time buyers and people in rural or single-industry towns to get a loan.

The stress tests and higher standards for mortgage insurance will be a blow to the insurers and non-bank lenders, said Dan Eisner, founder and chief executive officer of Calgary-based True North Mortgage, a brokerage that advises 300 to 400 new borrowers each month:

“The insurers will be hit twice as hard as anybody else,” he said.

The government “should consider potential unintended consequences such as disadvantaging monoline lenders from a competitive standpoint because those lenders are less able to deal with a risk sharing model than the big banks are,” Stuart Levings, chief executive officer of Genworth MI Canada, said by phone last week.

First National Financial Corp., Canada’s largest non-bank mortgage lender, said the measures will slow their earnings growth and force them to raise fees on some products to reflect higher borrowing costs. About a quarter of the Toronto-based firm’s mortgages will no long qualify for portfolio insurance under the new measures, CEO Stephen Smith said. The stock had its biggest five-day drop in eight years last week.

“This is a solution in search of a problem,” Smith said in an Oct. 6. interview with Bloomberg TV Canada.

First National has temporarily suspended mortgages on rental properties and to some self-employed workers who can’t verify their income using traditional means, the Globe and Mail reported Monday.

Among those advocating for mortgage deductibility has been Evan Siddall, president of the federal agency Canada Mortgage & Housing, who said Oct. 4 that risk sharing tackles a system where banks have “no skin in the game”.

Canada’s 100 percent backing of home mortgage insurance is “unique” in the world, the finance department said in its background paper explaining the new measures.

Morneau said last week the risk-sharing measures will be “well thought out” and gradual, and imposed only after getting feedback from industry players.

“At this stage, we haven’t identified any particular outcome because we do want to hear from people and we haven’t set out any definitive time frame,” Morneau said in Washington. The document will have “multiple ideas embedded in it,” he said.

The push-back from lenders shouldn’t come as a surprise to the government. Last year starting around March, the federal finance department began meeting with high-level officials at the banks, alternative lenders and mortgage insurers to float the idea of risk-sharing, according to several people in the industry.

“The Canadian housing market has operated in a very efficient manner with a strong competitive balance for several decades,” Andrew Charles, CEO of Canada Guaranty said in an Oct. 7 phone interview. “The government is seeking to reduce its overall exposure to the housing market.”

Banks, insurers spearhead opposition to Ottawa’s new housing rules2016-10-122020-06-19https://www.mortgagekw.com/wp-content/uploads/2018/01/logo-1.pngMortgage Centre KWhttps://www.mortgagekw.com/wp-content/uploads/2018/01/logo-1.png200px200px
About
mortgagecentrekw
Formed in 1989, The Mortgage Centre was Canada’s first national mortgage broker organization. As your local, licensed mortgage broker, The Mortgage Centre KW is fully-qualified to provide you with a range of unique benefits.