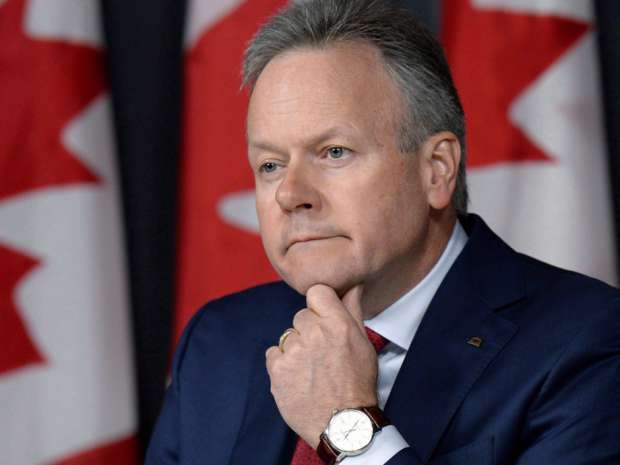 In the end, they chose not to lower the key lending level because the “balance of risks” was still tilted toward uncertainty in the economy.

But how close was the decision? Pretty darn close, it would seem.

Thursday, the Canadian dollar weakened to a nearly 1-week low against its U.S. counterpart as investors weighed the Bank of Canada’s more dovish tone.

“Given the downgrade to our outlook, (the) governing council actively discussed the possibility of adding more monetary stimulus at this time, in order to speed up the return of the economy to full capacity,” Bank of Canada governor Stephen Poloz told reporters. “However, we identified a number of significant uncertainties in the current context that are serving to widen the zone of balance within our risk-management framework.”

These include uncertainty over the impact of new and tighter mortgage rules, implemented by the federal government on Monday, and driven primarily by concerns over soaring home prices in Vancouver and Toronto, and surrounding municipalities. Also unclear is the “likely path of our exports,” the impact of the federal government’s fiscal spending program — which only now is beginning to be felt — and how business confidence will be affected by the upcoming U.S. election.

“Importantly, the government’s actions to mitigate risks in the mortgage market were not seen as an impediment to easier monetary policy,” Poloz said.

“Indeed, a combination of lower interest rates and more stringent macro-prudential policy would likely work to reduce both financial stability risks and the risk of an undershoot of inflation at the same time,” the governor added. “This is because interest rate changes have their largest effect on inflation risk, while stronger macro-prudential settings will lead to a higher quality of household indebtedness over time.”

It was not the first time Poloz lifted the veil on the direction rates might be headed. He used similar phrasing in his January news conference statement, where he said: “It is fair to say …  that our deliberations began with a bias toward further monetary easing.” That was followed by this comment in his April statement: “We said that we entered deliberations with a bias to easing policy further, but first we needed to see the government’s fiscal plan.”

Douglas Porter, chief economist at BMO Capital Markets, said the Canadian dollar “did a figurative 180” as Poloz’s news conference was underway Wednesday. The loonie fell to US76.10 cents after the governor’s rate comments, before rebounding a little to close at US76.24 cents.

“At the very least, it tells us that the market doesn’t have a high enough chance of a rate cut priced in,” Porter said. “This was no accident or off-the-cuff remark. He definitely wants to deliver a message, you know, for the markets to  basically still price in at least some odds of them cutting rates.”

Wednesday’s decision to hold the trendsetting overnight lending rate at 0.5 per cent — unchanged since July 2015 — came as annual growth appeared stuck at 1.1 per cent this year, down from the previous estimate of 1.3 per cent, according to the bank’s Monetary Policy Report, a quarterly publication of forecasts on the domestic and global economies, released along with the rate decision.

The bank anticipates gross domestic product of two per cent in 2017, down from the July estimate of 2.2 per cent, while the 2018 estimate was left at 2.1 per cent.

However, many private-sector economists are taking a wait-and-see approach to the new rules, given concerns that new restrictions in the two hottest housing markets could cause purchasers to look beyond the city centres and result in price pressures in the surrounding communities.

Even so, policymakers believe the tighter housing measures “should mitigate risks to the financial system over time.”

Also clouding the outlook is Canada’s below-par export activity — a hangover from the 2008-09 recession — and the central bank expects companies to experience weaker export growth in 2017 and 2018 as demand, both globally and in the United States, eases and businesses in this country experience “ongoing competitive challenge,” the bank said.

Bank of Canada was close to cutting interest rate Wednesday, Stephen Poloz reveals2016-10-202020-06-19https://www.mortgagekw.com/wp-content/uploads/2018/01/logo-1.pngMortgage Centre KWhttps://www.mortgagekw.com/wp-content/uploads/2018/01/logo-1.png200px200px
About
mortgagecentrekw
Formed in 1989, The Mortgage Centre was Canada’s first national mortgage broker organization. As your local, licensed mortgage broker, The Mortgage Centre KW is fully-qualified to provide you with a range of unique benefits.