The Bank of Canada is giving Ottawa more cover to roll out billions of dollars of fiscal stimulus in the coming federal budget. 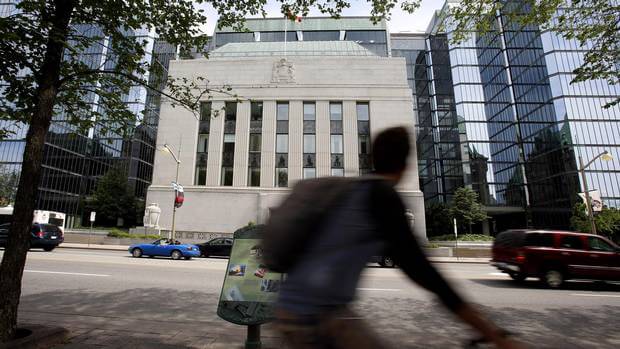 Under certain circumstances, fiscal stimulus may be a more prudent way to get the same economic lift, Mr. Lane said in a speech in Montreal that dealt with the financial risks of record-low interest rates.

“It is possible that in a situation of sustained weak aggregate demand, relying primarily on monetary policy to provide stimulus may lead to financial vulnerabilities …,” Mr. Lane said. “In such circumstances, fiscal policy may be called upon to provide stimulus, particularly since it is likely to be more effective at low interest rates.”

Mr. Lane acknowledged that more government spending can “create its own problems,” including the “excessive buildup” of public debt that occurred in the 1990s. But he said that has to be weighed against the danger of too much private-sector borrowing.

The comments mark the second time in recent weeks that a top central banker has suggested the bank could use some help from government in the face of economic weakness and near-zero interest rates. Bank of Canada Governor Stephen Poloz said he opted not to cut rates in January as he waits to gauge the impact of federal budget measures, expected to include billions of dollars a year in additional money for infrastructure projects.

The federal budget is expected as early as next month.

Mr. Lane said regulations, including earlier moves requiring home buyers to put more money down to secure mortgages, should be the main line of defence against the fallout from record-low interest rates, he said.

The central bank cut its key interest rate twice last year, lowering it to 0.5 per cent, but opted not to cut again last month in the face of a further plunge in commodities prices and persistent economic weakness.

The BoC reserves the option to use monetary policy strategically to deal with threats to “financial stability,” such as overstretched borrowers, Mr. Lane said.

Interest rates are “too blunt an instrument” to deal with imbalances in one corner of the economy, such as household credit. “If you have a specific imbalance, you need a specific tool to address it,” Mr. Lane added.

Low interest rates have led to record household-debt ratios and overheated prices in some markets, particularly in Toronto and Vancouver.

Mr. Lane said bank officials worried they might cause Canadians to overborrow when the bank announced a surprise rate cut last January to deal with the oil-price collapse. The bank knew that cutting rates could “worsen vulnerabilities” in household debt, but that concern was outweighed by fears the economy would “crater,” Mr. Lane said.

The federal Liberals have said they will push the government deeper into debt to help stimulate the weak economy, with a combination of already announced tax cuts and billions of dollars in new infrastructure spending.

Mr. Lane said the interplay between promoting the stability of the financial system and monetary policy is a “key question” as the central bank works toward a five-year renewal of its inflation-target agreement with the federal government. Financial stability “figures prominently” in its research related to the inflation-targeting agreement, Mr. Lane said. The bank’s current mandate is to keep inflation anchored at 2 per cent.

Barrie McKenna
OTTAWA — The Globe and Mail
Bank of Canada supports government spending to stimulate economy2016-02-102020-06-19https://www.mortgagekw.com/wp-content/uploads/2018/01/logo-1.pngMortgage Centre KWhttps://www.mortgagekw.com/wp-content/uploads/2018/01/logo-1.png200px200px
About
mortgagecentrekw
Formed in 1989, The Mortgage Centre was Canada’s first national mortgage broker organization. As your local, licensed mortgage broker, The Mortgage Centre KW is fully-qualified to provide you with a range of unique benefits. 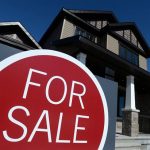