OTTAWA — The Bank of Canada struck a note of caution Wednesday as it held its key interest rate target steady at 0.5 per cent and raised concerns after the export sector disappointed earlier this year. 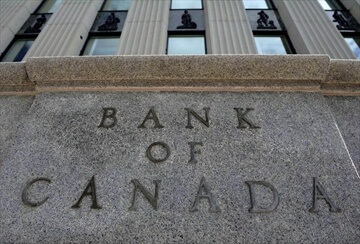 Bank of Canada raises concerns about economy-Image1
The Canadian Press, 2016
The Bank of Canada building is pictured in Ottawa on September 6, 2011. The Bank of Canada held its key interest rate target steady at 0.5 per cent on Wednesday but raised concerns after the export sector disappointed earlier this year. THE CANADIAN PRESS/Sean Kilpatrick

“While the strength in exports during July was encouraging, the ground lost over previous months raises the possibility that the profile for economic activity will be somewhat lower than anticipated,” the central bank said in its rate announcement.

The central bank said the risks for inflation have “tilted somewhat to the downside” though remained roughly in line with its expectations, with total inflation below the two per cent target and measures of core inflation around two per cent.

“Interestingly, despite providing a laundry list of reasons to expect healthy growth in the second half of the year, the discussion of the Canadian growth outlook ended on the somewhat sour note that growth may disappoint their July forecast,” DePratto said.

The concern follows news last week that the economy contracted at an annual pace of 1.6 per cent in the second quarter, worse than the one per cent that had been forecast by the Bank of Canada in its July monetary policy report.

The decline came due to the Alberta wildfires in May and a drop in exports that was larger and more broad-based than expected, the central bank said. However, the economy grew in June and the latest trade figures from Statistics Canada showed export gains in July.

“While Canada’s economy shrank in the second quarter, the bank still projects a substantial rebound in the second half of the year,” the Bank of Canada said.

Since July 2015, the bank’s target for the overnight rate has been set at 0.5 per cent. Bank of Montreal chief economist Doug Porter said the bank has “zero appetite for rate hikes.”

“The Canadian economy is facing stiffer headwinds than expected, but it is going to take a lot to rock the Bank of Canada’s boat,” Porter wrote in a note to clients.

“Still, the frank admission that exports have been a clear disappointment and that inflation risks are tilted to the downside is a notable change in tone from the bank.”

The third quarter is expected to show growth as production from the oilsands resumes after temporary shutdowns because of the wildfires and work begins on rebuilding damaged portions of Fort McMurray, Alta., and surrounding areas.

The federal government’s new Canada child benefit program is also forecast to help consumer spending, while infrastructure spending by Ottawa is expected to lend a boost in the second half of the year.

In its July monetary policy report, the Bank of Canada forecast economic growth to bounce back in the third quarter to an annual pace of 3.5 per cent before slowing to a 2.8 per cent pace for the last three months of the year.

The central bank also addressed on Wednesday the real estate market, which has become an area of growing concern in the hot markets of Vancouver and Toronto.

“While there are preliminary signs of a possible moderation in the Vancouver housing market, financial vulnerabilities associated with household imbalances remain elevated and continue to rise,” the bank said.

Bank of Canada governor Stephen Poloz has warned that soaring house prices in Vancouver and Toronto have been climbing at an unsustainable clip as prices have outpaced local economic fundamentals.

The Toronto Real Estate Board reported Wednesday that its members set a record for August sales last month and that the average price for homes sold in the Greater Toronto area was $710,410 — up 17.7 per cent from August 2015.

Last week, the Real Estate Board of Greater Vancouver said the number of sales transactions was down 26 per cent in August compared with a year earlier, but its benchmark composite price for properties was up 31.4 per cent to $933,100.

By Craig Wong, The Canadian Press

Bank of Canada raises concerns about economy2016-09-082020-06-19https://www.mortgagekw.com/wp-content/uploads/2018/01/logo-1.pngMortgage Centre KWhttps://www.mortgagekw.com/wp-content/uploads/2018/01/logo-1.png200px200px
About
mortgagecentrekw
Formed in 1989, The Mortgage Centre was Canada’s first national mortgage broker organization. As your local, licensed mortgage broker, The Mortgage Centre KW is fully-qualified to provide you with a range of unique benefits.