The Bank of Canada today announced that it is lowering its target for the overnight rate by one-quarter of one percentage point to 1/2 per cent. The Bank Rate is correspondingly 3/4 per cent and the deposit rate is 1/4 per cent. 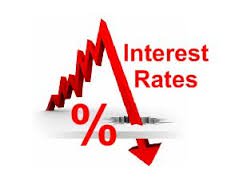 Total CPI inflation in Canada has been around 1 per cent in recent months, reflecting year-over-year price declines for consumer energy products. Core inflation has been close to 2 per cent, with disinflationary pressures from economic slack being offset by transitory effects of the past depreciation of the Canadian dollar and some sector-specific factors. Setting aside these transitory effects, the Bank judges that the underlying trend in inflation is about 1.5 to 1.7 per cent.

Global growth faltered in early 2015, principally in the United States and China.  Recent indicators suggest a rebound in the U.S. economy in the second half of this year, and growth is expected to be solid through the projection. In contrast, China is slowing amid an ongoing process of rebalancing to a more sustainable growth path. This has pulled down prices of certain commodities that are important to Canada’s exports. Financial conditions in major economies remain very accommodative and continue to provide much-needed support to economic activity. Global growth is expected to strengthen over the second half of 2015, averaging about 3 per cent for the year, and accelerate to around 3 1/2 per cent in 2016 and 2017.

The Bank’s estimate of growth in Canada in 2015 has been marked down considerably from its April projection. The downward revision reflects further downgrades of business investment plans in the energy sector, as well as weaker-than-expected exports of non-energy commodities and non-commodities.  Real GDP is now projected to have contracted modestly in the first half of the year, resulting in higher excess capacity and additional downward pressure on inflation.

The Bank expects growth to resume in the third quarter and begin to exceed potential again in the fourth quarter, led by the non-resource sectors of Canada’s economy. Outside the energy-producing regions, consumer confidence remains high and labour markets continue to improve. This will support consumption, which will also receive a fiscal boost. Recent evidence suggests a pickup in activity and rising capacity pressures among manufacturers, particularly those exporters that are most sensitive to movements in the Canadian dollar. Financial conditions for households and businesses remain very stimulative.

The Bank now projects Canada’s real GDP will grow by just over 1 per cent in 2015 and about 2 1/2 per cent in 2016 and 2017. With this revised growth profile, the output gap is significantly larger than was expected in April, and closes somewhat later. The Bank anticipates that the economy will return to full capacity and inflation to 2 per cent on a sustained basis in the first half of 2017.

The lower outlook for Canadian growth has increased the downside risks to inflation. While vulnerabilities associated with household imbalances remain elevated and could edge higher, Canada’s economy is undergoing a significant and complex adjustment. Additional monetary stimulus is required at this time to help return the economy to full capacity and inflation sustainably to target.

Information note:
The next scheduled date for announcing the overnight rate target is 9 September 2015. The next full update of the Bank’s outlook for the economy and inflation, including risks to the projection, will be published in the Monetary Policy Report on 21 October 2015.

Bank of Canada lowers overnight rate target to 1/2 per cent2015-07-152020-06-19https://www.mortgagekw.com/wp-content/uploads/2018/01/logo-1.pngMortgage Centre KWhttps://www.mortgagekw.com/wp-content/uploads/2015/07/images12-1.jpg200px200px
About
mortgagecentrekw
Formed in 1989, The Mortgage Centre was Canada’s first national mortgage broker organization. As your local, licensed mortgage broker, The Mortgage Centre KW is fully-qualified to provide you with a range of unique benefits.