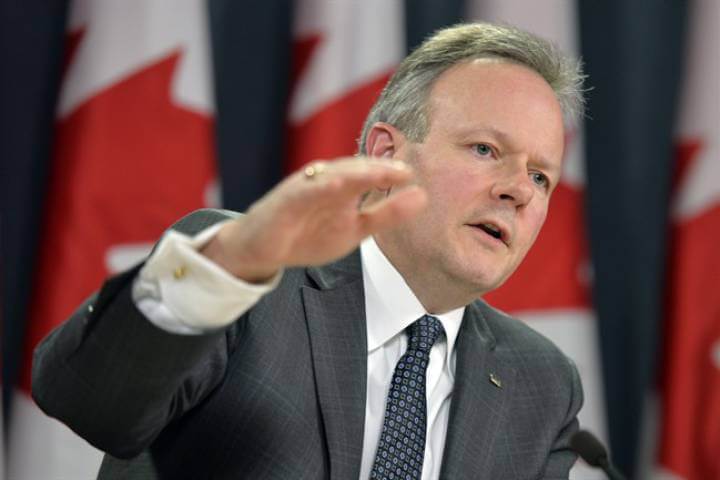 The country’s central bank held its trend-setting interest rate steady at 0.5 per cent, the Bank of Canada said Wednesday. The central bank’s outlook for the country to post modest growth this year remains “intact,” it said.

The consensus of economists was that the central bank would keep its trend-setting policy rate unchanged following two cuts to its key rate earlier this year as the economy slid alongside plummeting oil prices.

“The stimulative effects of previous monetary policy actions are working their way through the Canadian economy,” a statement from the Bank of Canada said.

“The domestic economic data are the most compelling reason for the BoC to stay on the sidelines,” Benjamin Reitzes, an economist at Bank of Montreal, said.

However, continued weakness in oil prices and the turmoil on global stock markets amid fears about the Chinese economy are expected raise concerns for the central bank.

The Bank of Canada has already cut its target for the overnight rate twice this year, most recently in July when it also downgraded its outlook for the Canadian economy.

Since then, Statistics Canada reported the economy contracted at an annual pace of 0.5 per cent in the second quarter, in line with the Bank of Canada’s expectations.

— With files from Global News

By Staff The Canadian Press

Privacy Policy | Sitemap    Designed by Intrigue Media. Additional accessible formats for this information are available upon request. Contact Us for more information.
Copyright © The Mortgage Centre KW. All Rights Reserved. Brokerage Licence #10828. Each Mortgage Centre Office is independently owned and operated.
Social Media Auto Publish Powered By : XYZScripts.com
House sales in Kitchener and Waterloo dip in AugustBlog, Uncategorized
Cash-back mortgages: A deal from your bank that regulators are not keen onBlog, Uncategorized