Here’s the statement from the Bank of Canada rate decision on Wednesday, Sept. 7, 2016:

The Bank of Canada today announced that it is maintaining its target for the overnight rate at 1/2 per cent. The Bank Rate is correspondingly 3/4 per cent and the deposit rate is 1/4 per cent. 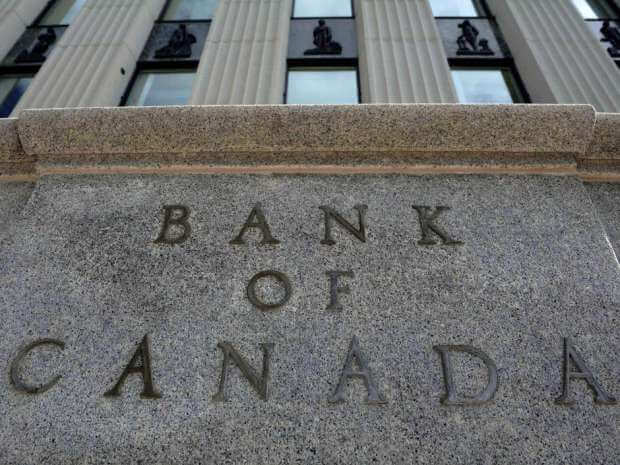 Global growth in the first half of 2016 was slower than the Bank had projected in its July Monetary Policy Report (MPR), although the Bank continues to expect it to strengthen gradually in the second half of this year. The US economy was weaker than expected in the second quarter, notably reflecting a contraction in business and residential investment. While a healthy labour market and solid consumption should remain supportive of growth in the rest of the year, the outlook for business investment has become less certain. Meanwhile, global financial conditions have become even more accommodative since July.

While Canada’s economy shrank in the second quarter, the Bank still projects a substantial rebound in the second half of this year. Second-quarter GDP was pulled down by the Alberta wildfires in May and by a drop in exports that was larger and more broad-based than expected. Exports disappointed even after accounting for weaker business and residential investment in the United States, adjustments in the resource sector, and cutbacks in auto production. The economy is expected to rebound in the third quarter as oil production recovers, rebuilding commences in Alberta, and consumer spending gets an additional lift from Canada Child Benefit payments. As federal infrastructure spending starts to have more impact, growth in the fourth quarter is projected to remain above potential. While the strength in exports during July was encouraging, the ground lost over previous months raises the possibility that the profile for economic activity will be somewhat lower than anticipated in July.

Inflation is roughly in line with the Bank’s expectations.  Total CPI inflation is below the 2 per cent target, mainly because of the temporary effects of lower consumer energy prices. Measures of core inflation remain around 2 per cent, reflecting offsetting effects of excess capacity and past exchange rate depreciation.

On balance, risks to the profile for inflation have tilted somewhat to the downside since July. At the same time, while there are preliminary signs of a possible moderation in the Vancouver housing market, financial vulnerabilities associated with household imbalances remain elevated and continue to rise. The Bank’s Governing Council judges that the overall balance of risks remains within the zone for which the current stance of monetary policy is appropriate, and the target for the overnight rate remains at 1/2 per cent.

Bank of Canada holds interest rate: Read the official statement2016-09-262020-06-19https://www.mortgagekw.com/wp-content/uploads/2018/01/logo-1.pngMortgage Centre KWhttps://www.mortgagekw.com/wp-content/uploads/2016/09/BOC-2.jpg200px200px
About
mortgagecentrekw
Formed in 1989, The Mortgage Centre was Canada’s first national mortgage broker organization. As your local, licensed mortgage broker, The Mortgage Centre KW is fully-qualified to provide you with a range of unique benefits.